Home " To do " City walk Oudenbosch

Soaking up culture while hearing more about the special buildings you pass? Then book a walking tour with one of our enthusiastic guides. Book a private guide for your party.

A city walk through Oudenbosch is a real must when you visit Halderberge. The cultural heritage, architecture and wonderful stories will have you almost believe you’re walking through an Italian village. Use the free audio tour or make a city walk with a guide and stroll along the highlights in 1.5 hours. Let the marvellous buildings in this village surprise you. And of course, Brabant conviviality is also included in this walk.

The Italian influences of Pastor Hellemons

Pastor Willem Hellemons is an important character in the story that is told during the city walk. This man grew up in Roosendaal but later studied in Rome, where he became fond of Roman Italian life. You can read more about how that happened here..

Upon returning to the Netherlands, he settled in Oudenbosch, but he kept dreaming about Italy. Inspired by Italian architecture and lifestyle, he commissioned the construction of some impressive buildings. The Basilica is the most well-known. This copy of St. Peter’s Basilica in Rome is much smaller than the original, but all the more impressive for a small town like Oudenbosch. The various schools and institutions of which pastor Hellemans commissioned the construction as well, are also built in this style. All this activity gave the economy of Oudenbosch a huge boost. Stately mansions arose and the harbour and station were thriving. The influence the pastor had in the 19th century, makes Oudenbosch to what it is today.

The various buildings have been well preserved and form the highlight of the city walk.

Are you walking along?

Discover Oudenbosch's hidden gems. Free city walks will be given at 11:00 am from the Jan Gielenplein (square next to the Basilica).

The guides will lead you along the unique cultural and religious heritage from Oudenbosch in 1.5 hours.

Prefer a private guide? Book your private guide in advance via the button below. Or contact info@visithalderberge.com

* A city walk with private guide is bookable from 8 people. Book a private guide for fewer people? That is possible, the cost will then be the same as the price for 8 people. 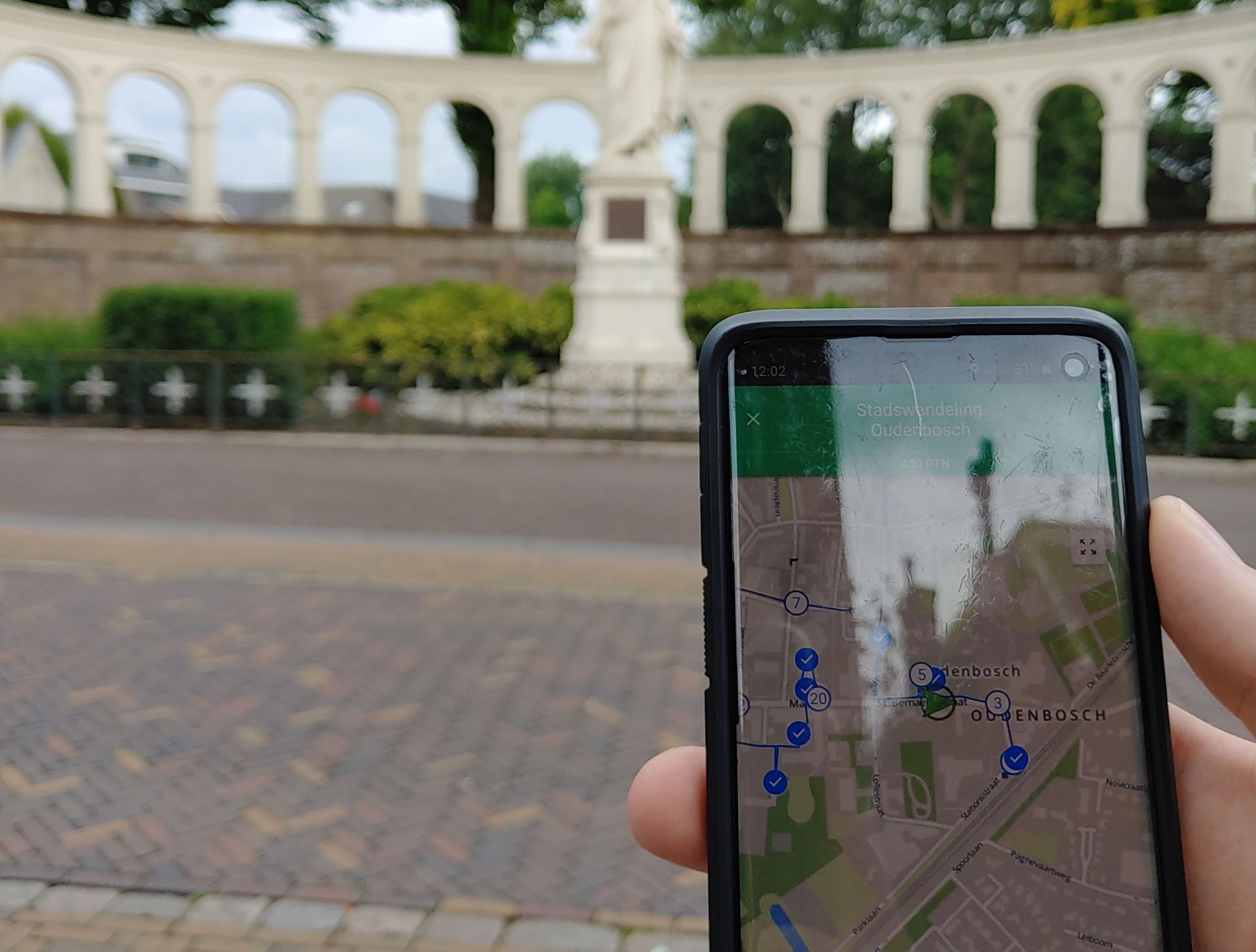 Do you prefer to discover Oudenbosch and all its stories by yourself? With our audio tour you can stroll along 10 extraordinary locations in Oudenbosch without a personal guide. Audio guide Mark will tell you all about the highlights. Just like the city walk, the audio tour starts from Oudenbosch station. Just scan the QR code that can be found there or use the one on this page.

About the audio tour