Take a stroll along the unique collection of plants and flowers of the Arboretum in the heart of Oudenbosch. The botanical garden, with its traditional English lay-out, contains a collection of plants from Europe, America and Asia. In this collection you’ll find, among other species, special types of horse chestnuts, snowberries and spices. Some collections consist of more than 60 different species. The garden covers nearly 10 acres and also has a large pond, tea dome and a greenhouse. The entrance is located in the former bakery of the monastery, which is also on the list of national heritage. 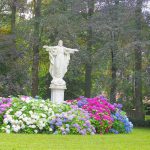 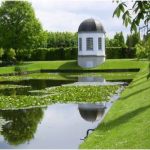 The botanical garden’s rich history started in 1835, when the Latin School moved to the location of the current Arboretum. Later, the area was used by the friars of St. Louis and the Jesuit priests. In 1987, the design and collection for a botanical garden were developed. The garden is under constant development. Because of its special collection, the botanical garden provides a colourful sight all year round.